Despite the continuing increase in national debt and the raging coronavirus, there is positive news to report from Italy. The Italian bank Banca Sella has created a platform for its customers on which customers can buy and sell Bitcoin without having to take the detour via an exchange such as Binance or eToro.

The platform bears the name Hype and, according to the bank, is already used regularly by more than one million customers. In addition to trading cryptocurrencies, derivatives and other financial instruments such as CFDs can also be traded. With just a few clicks and a simple registration, customers can now also create a Bitcoin wallet. 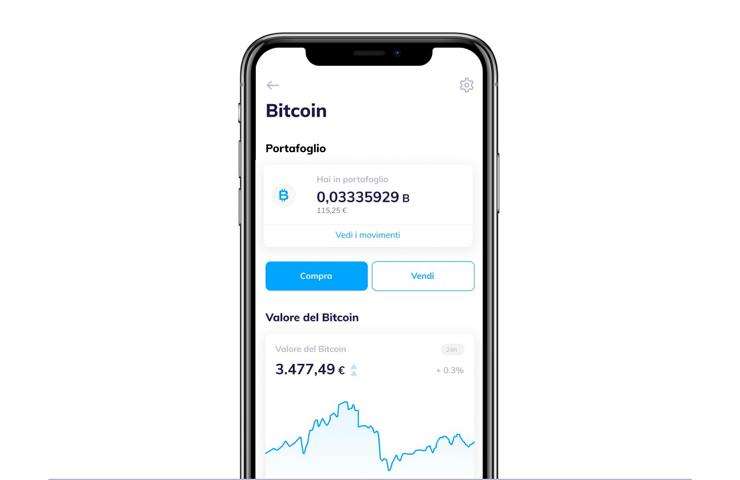 The bank takes over the custody of Bitcoin and also assumes responsibility for the proper security of the private keys. The wallet can be created quickly and the platform can be used free of charge. It is possible to connect one or more bank accounts to the platform Hype. As a result the User can then directly use the credit balance on the account to purchase Bitcoin.

The bank has set up different daily trading limits which can be activated depending on verification and turnover. In the “Hype Start” category, Bitcoin can be purchased with a daily purchase limit of €500 and an annual limit of €2,500. In the Premium category, Bitcoin can be purchased for €4,990 per day or €50,000 per year. Hype charges a 1% fee for this both when buying and selling Bitcoin.

Any progress in adaptation is important, especially in turbulent times like the Corona crisis. Italy has already imposed a curfew on its citizens for several days, so that only important errands may be carried out.

Coronavirus has negative impact on cryptomarket

Although Bitcoin is referred to as digital gold by some industry experts, the price of Bitcoin has fallen by more than 48% in the last 30 days as a result of the global crisis. Since the crash to USD 3,700, for which the derivatives exchange BitMEX is said to be responsible, BTC has been able to stabilize above the $5,000 mark and is now in a price range between $5,000 and $5,900.

In order to stimulate the global economy, central banks such as the FED and the ECB are pumping many billions of dollars into the market to artificially keep alive what some insiders in the industry describe as an already “failed financial system”. The debt of all countries in the world has risen to record levels, with the US reaching a national debt of $17 trillion. It remains to be seen when the Bitcoin price will recover.