Binance Coin (BNB), DOGE, DASH, EOS, and NEO have the same market conditions. On March 12, the altcoins faced selling pressures as prices fell to the oversold regions. As the cryptocurrencies were oversold, bulls are emerging to push the coins upward.

Binance Coin (BNB), the native currency of Binance, is in a bear market. The BNB/USD trading pair has earlier fallen to the low of $6.41 but pulled back to the $8 support on March 12. The bulls have made steady movement but are facing resistance at $14. On March 19, BNB upward move was resisted as it continues to trade below the overhead resistance.

Dogecoin (DOGE) has been in a sideways trend since September 2019. Recently, on March 9, the bulls tested the upper range and broke it. The market went up to a high of $0.0035 but reached the overbought region. Consequent upon that sellers emerged and pushed coin downward. During the downward move, the bears broke $0.0030 and $0.0020 price range. 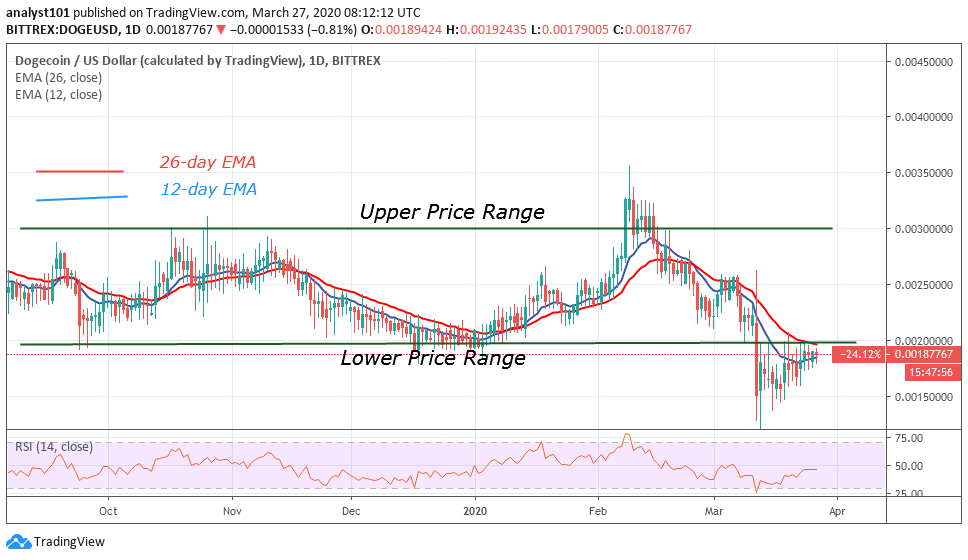 The downtrend extended to the low of $0.00133. However, the price pulled back above $0.0015 to resume an upward move. On the upside, the DOGE will be in the range-bound zone if the bulls overcome the resistance at $0.0020. Dogecoin is currently at level 44 of the Relative Strength Index. It indicates that the price is in the downtrend zone and below the centerline 50. Dogecoin is likely to fall.

DASH was earlier in a bear market as the downtrend extended to the low of $40. At the low of $40, the bulls rebounded as DASH resumed an upward move. The market went up to a high of $140 and became overbought. Sellers emerged to push the coin downward and it fell to the $100 low. 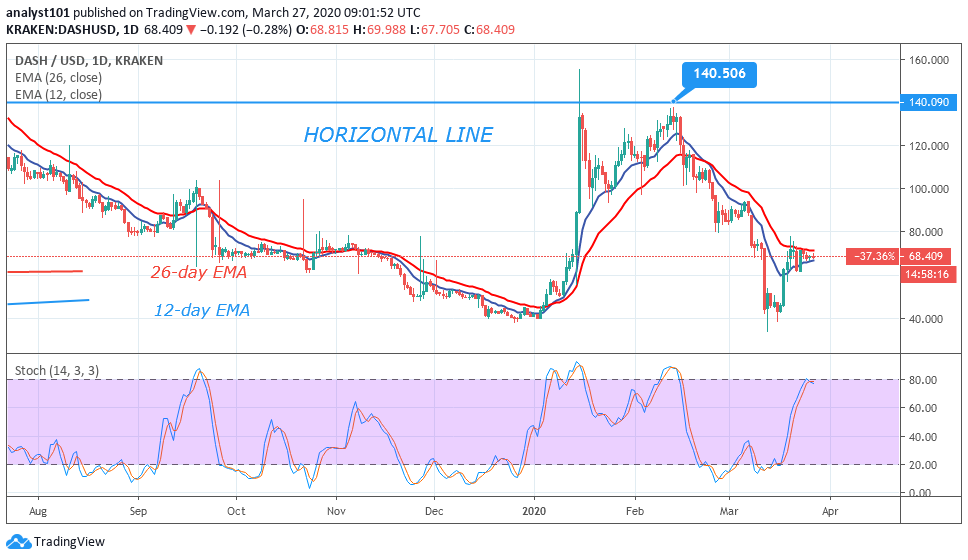 The $100 support was holding as the price went up to retest the $140 resistance. As the market makes a retest, a bearish double top pattern was formed. This price pattern is a reversal pattern responsible for the downtrend. Eventually, the downtrend resumed as the market dropped to a low of $40. The bulls are making a fresh upward move as the price reaches a high of $68. DASH is approaching the overbought region as it is at an 80% range of the daily stochastic.

EOS is in a bear market. In an upward move, the bulls took the price to a high of $5.50. According to the Relative Strength Index, EOS is in an overbought region. Sellers emerged at the overbought region to push the coin downward. The downtrend extended to a low of $1.50. The $1.50 support is holding as the bulls make an upward move. EOS is approaching the resistance line of the descending channel. 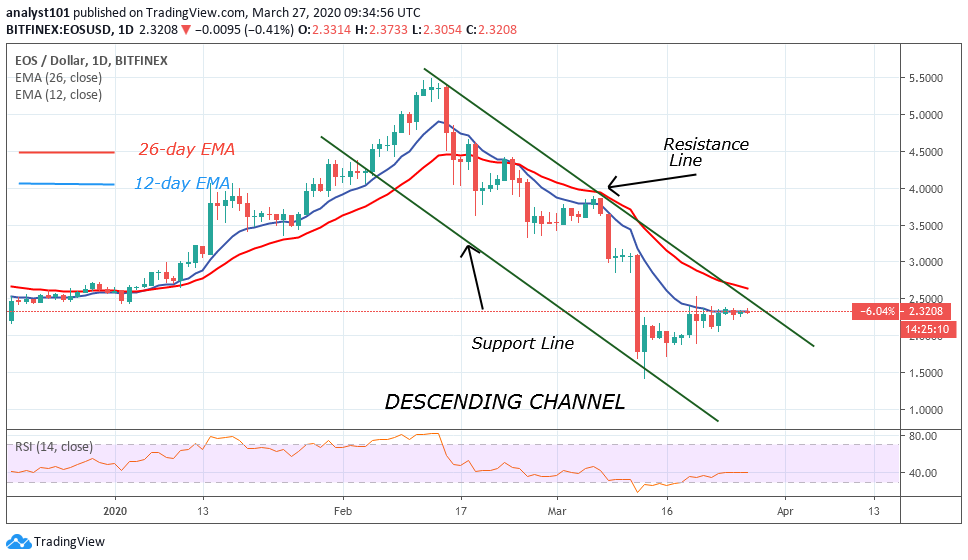 At the resistance line, two things will happen. One, the bulls may break the resistance line of the descending channel and close above it. In this way, EOS may begin a new trend. Secondly, as EOS approaches the resistance line, it will face another round of selling pressure. The Relative Strength Index is level 40. This indicates that EOS is in the downtrend zone and it is below the centerline 50.

NEO was earlier in a bear market. At a low of $8, the price rebounded and resumed an upward move. The market went up and reached a high of $16.72. The pair faces selling pressure after attaining a high of $16.72. NEO has reached the overbought region and sellers emerged to push the coin downward. 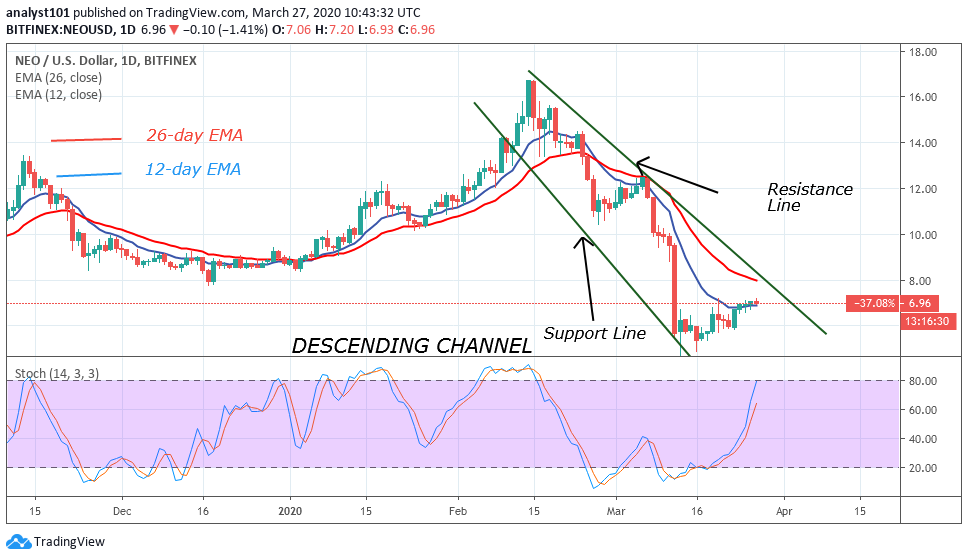 The market fell to a low of $4.0. Immediately, the bulls initiated an upward move. As the market continues its upward move the resistance line of the descending channel may be broken or price may face resistance. On the upside, a break above the resistance is a bullish signal for the price to rise. On the downside, if the price faces resistance, NEO will fall again. The cryptocurrency is currently above 60% range of the daily stochastic. That is, the pair is in a bullish trend.