As the year started, Litecoin managed to rise and hit the $83.03 all-time high in late February, as per the CoinMarketCap chart. Since then, it has continued dropping and on March 12, when the flagship cryptocurrency lost around 50 percent of its value, LTC dropped slightly less, from $48 to $31.

Another brief decline followed as the LTC price went down to touch the $25 area. At the time of writing, the sixth biggest cryptocurrency is exchanging hands at around $33.

Meanwhile, crypto traders from Twitter and TradingView are sharing bullish takes on the LTC price, expecting it to start rising soon.

Trader and founder of The Birb Nest, @crypto_birb, has shared an LTC chart from a few days ago, on which, he says, there are some signs showing that Litecoin may reverse long term soon. However, he predicts there will still be moments of bearish movements.

$LTC chart from 2 days back. Some long-term reversal symptoms. Will certainly watch to catch a few dips on it. pic.twitter.com/bPRmMalc7I

In his tweet, trader @CryptoCapo_ says that he believes the LTC/BTC pair will be bullish if it manages to break the trend line.

Bullish, especially if it breaks that TL. pic.twitter.com/P9NOffp6D6

Trader ‘transparent-fx’ from TradingView expects that Litecoin could potentially grow to the $52.29-$56 zone from its current position on the LTC/USD chart. He says that it could happen if there is enough accumulation on the market.

He also offers a bearish scenario. According to him, if there is no accumulation, LTC may decline to $20, create an Inverted Head and Shoulders pattern and then surge to the same zone – $52.29-$56. 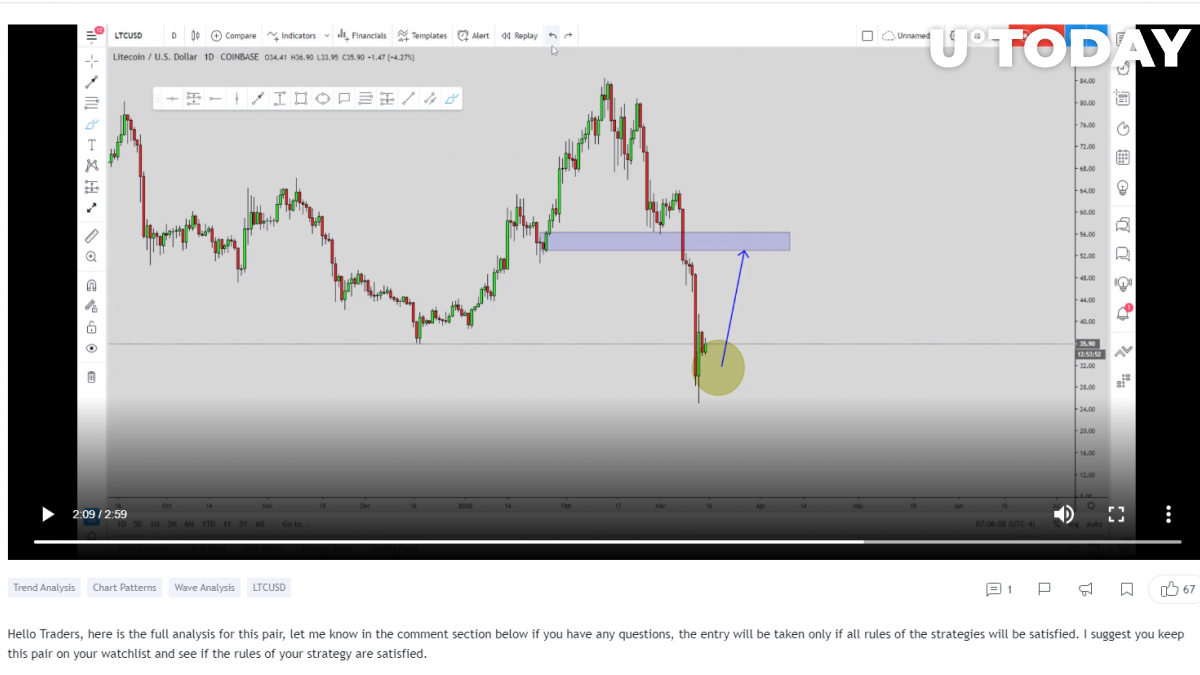