Litecoin has been trading in troubled waters for quite some time now, with the coin failing to post any impressive rallies in a long time. It has been more than seven months since Litecoin’s second block reward halving, following which the silver coin’s hash rate dropped miserably. Despite minor revival attempts, however, the hash rate has continued to fall.

In fact, in what is a critical development for the Litecoin network, its hashrate dropped to a two-year low. This was indicative of rising bearish sentiment among Litecoin miners. According to BitInfoCharts, the coin’s hashrate fell to 127.9 TH/s on 16 March. The last time the hashrate was found to be around this level was on 11 February 2018, a day when the figure stood at 128 TH/s.

With the latest drop, Litecoin has lost over 75% of its hashrate since its all-time high of 523 Th/s which was recorded on 14 August 2019. 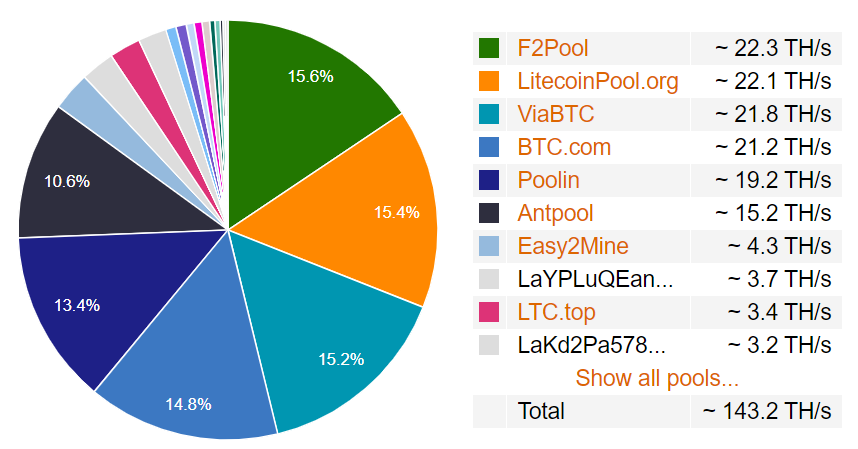 Meanwhile, Litecoin’s mining difficulty, designed to automatically adjust every 2,016 blocks or every 4 days [approx.], dropped by nearly 19% from 6.35 M on 15 March to 5.15 M just two days later. The mining difficulty value noted a minor increase in mid-January this year. However, this was short-lived as it soon followed a downward trajectory to a two-month low.

According to stats from BTC.com, the mining difficulty is estimated to fall even further, down to 4.51 M. Interestingly, mining profitability dropped to a 5-month low to 1.28 on the 13th of March.

In fact, along the same lines, Binance Research had previously noted,

“Ceteris paribus, assuming that manufacturers of mining chips do not innovate and create more efficient equipment instantaneously, LTC prices failing to stabilize at a much higher point than pre-halving prices may lead to a permanent reduction in equilibrium levels of mining profitability for Litecoin miners.”