Bitcoin promoter Mike Maloney recently opined that investing in right and select cryptocurrencies should be the main priority and that other than coins like Bitcoin, Bitcoin Cash, and Ethereum, all the other cryptos would go down to zero. Several other economists have echoed similar opinions. However, a look at the pace at which the altcoins are recovering lately might make people want to rethink their stance.

With 155,536,713 BNB market supply, BNB is ranked 9th on CoinMarketCap. Following a 45% price drop on 12 March, BNB recovered soon and managed to record a 40% increase in just a week after the sell-off. The coin has recorded an uptrend since 16 March, as seen in the attached chart.

A rising wedge pattern was being formed, indicating a downward breakout.  However, the RSI indicator which lay at 67 highlighted a potential ‘overbought’ situation. 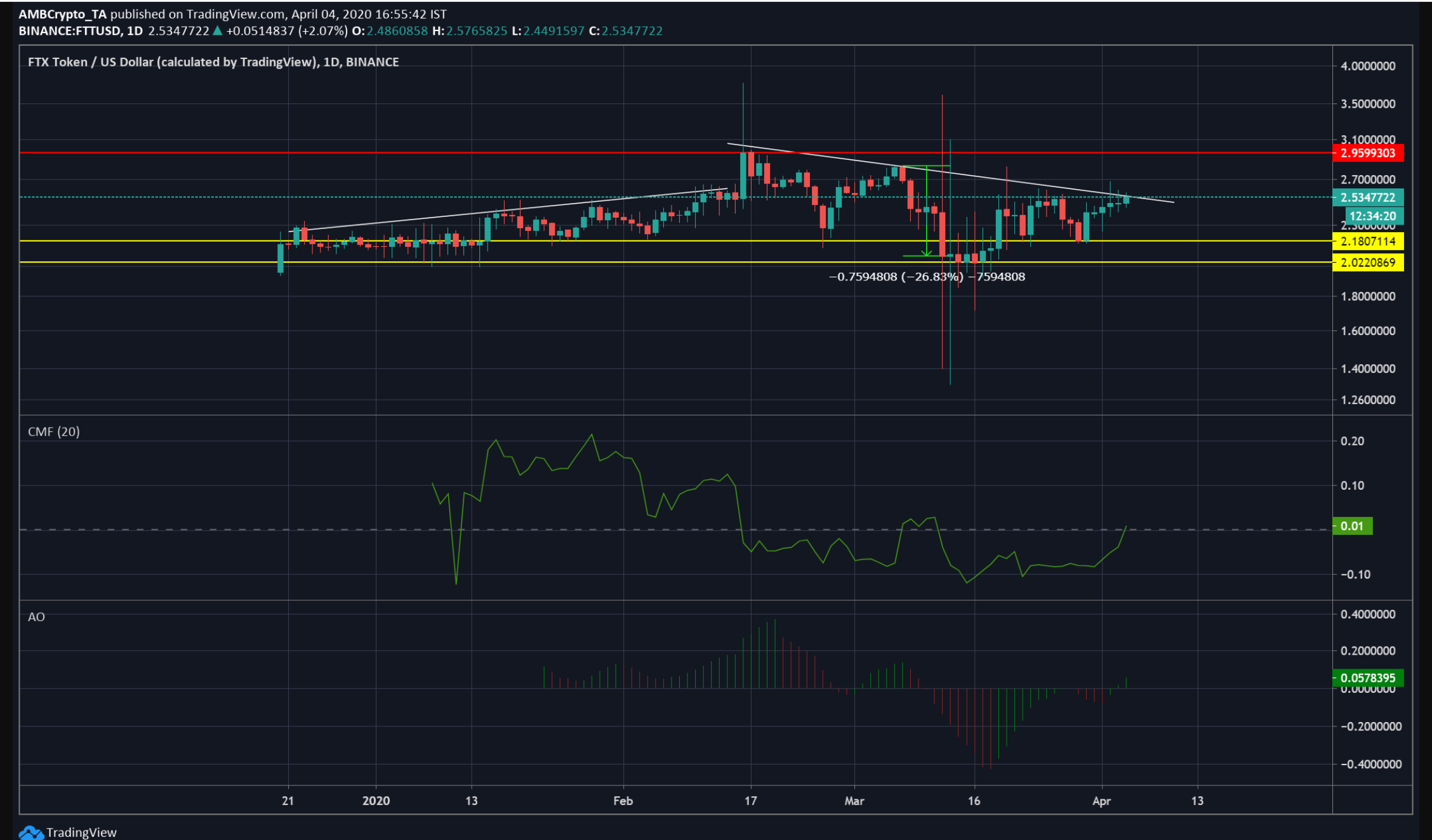 Launched very recently [April 2019], FTX Token has been on an uptrend since its inception. However, 17 February witnessed the start of a bearish trend and the price was further pushed down by 26% when the market crashed on 12 March. Post 15 March, the price recorded a slight uptrend and since then, it has maintained its support at $2.18.

Additionally, the CMF indicator crossed the zero line, indicating an upward breakout. The Awesome Oscillator indicator also rested above the zero line, confirming the bullish trend in the market. 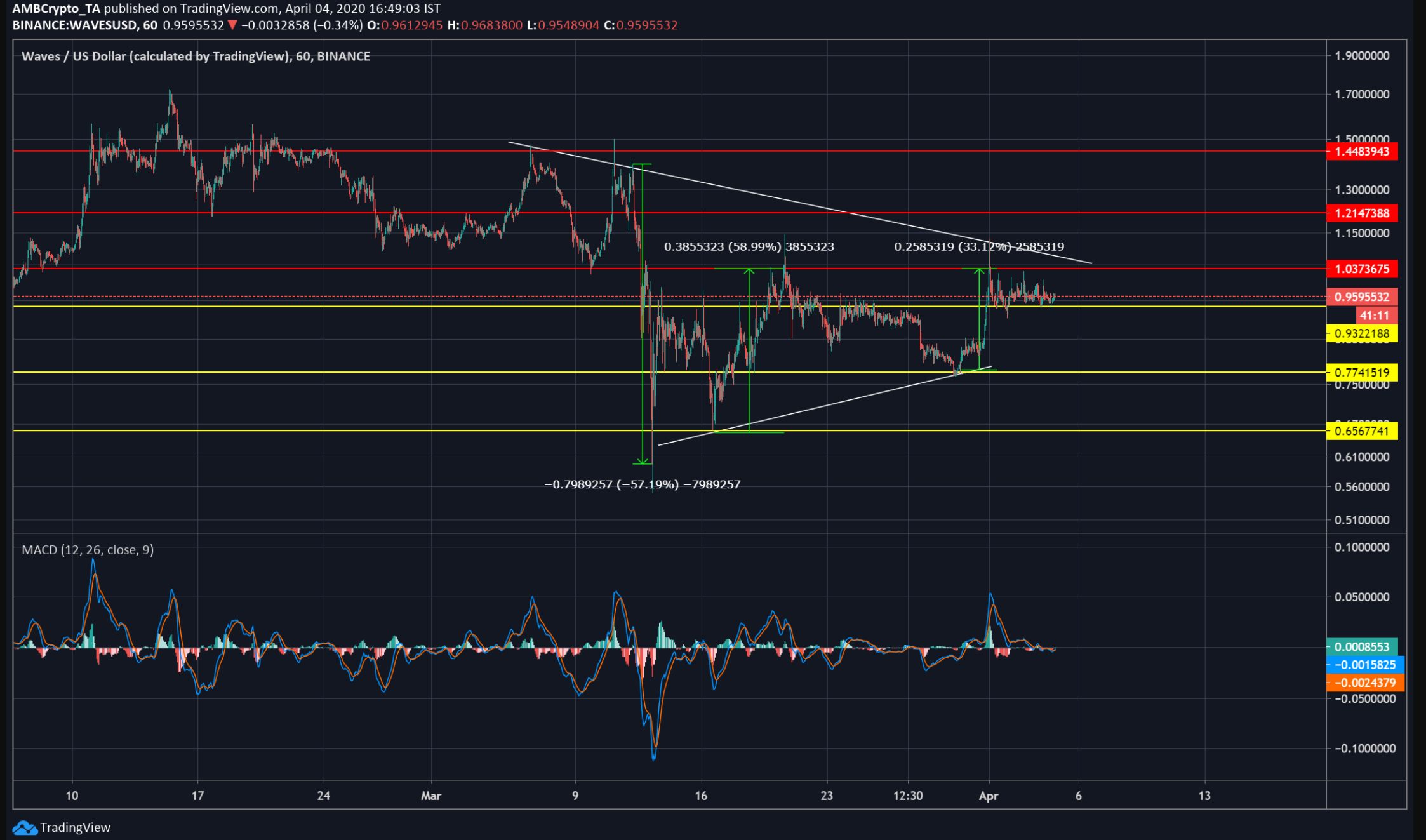 Similarly, Waves, the 49th coin on CoinMarketCap, also started trending downwards before ‘Black Thursday,’ incurring additional losses during the freefall. However, starting 16 March, the coin recorded an uptrend in price by 58%, breaching major resistances at $0.65 and $0.77.

The coin, at the time of writing, was maintaining its support at $0.93. The MACD indicator signaled a potential bullish crossover, hinting at an upward breakout in the token’s price.