Most of the top 50 altcoins recorded incredible recoveries over the past 2-3 days. While this did not hold good for all coins, as most of them were still suffering from the losses incurred last month, a few coins like Nano and HedgeTrade were actually on a bullish run. A few other alts like Stellar, Lisk and Ontology, on the other hand, were recording a short-term bearish run.

Stellar has been doing fine in terms of price. Since the 55% drop on 12 March, the coin has been on an upward run, maintaining constant support at $0.036. However, the attached chart indicated the formation of a symmetrical triangle, one highlighting a 40% chance for a downward breakout

The CMF indicator lay at -0.04, hinting at a downward price outbreak. However, there were 60% chances of an upward breakout; if in this case it turns out to be true, the price might rise to reach the resistance at $0.04.

In other news, the Stellar Development Foundation (SDF) is contributing to fight COVID-19 by launching a charity fund;  XLM tokens are being accepted as donations by several charitable organizations, including UNICEF and The Tor Project. 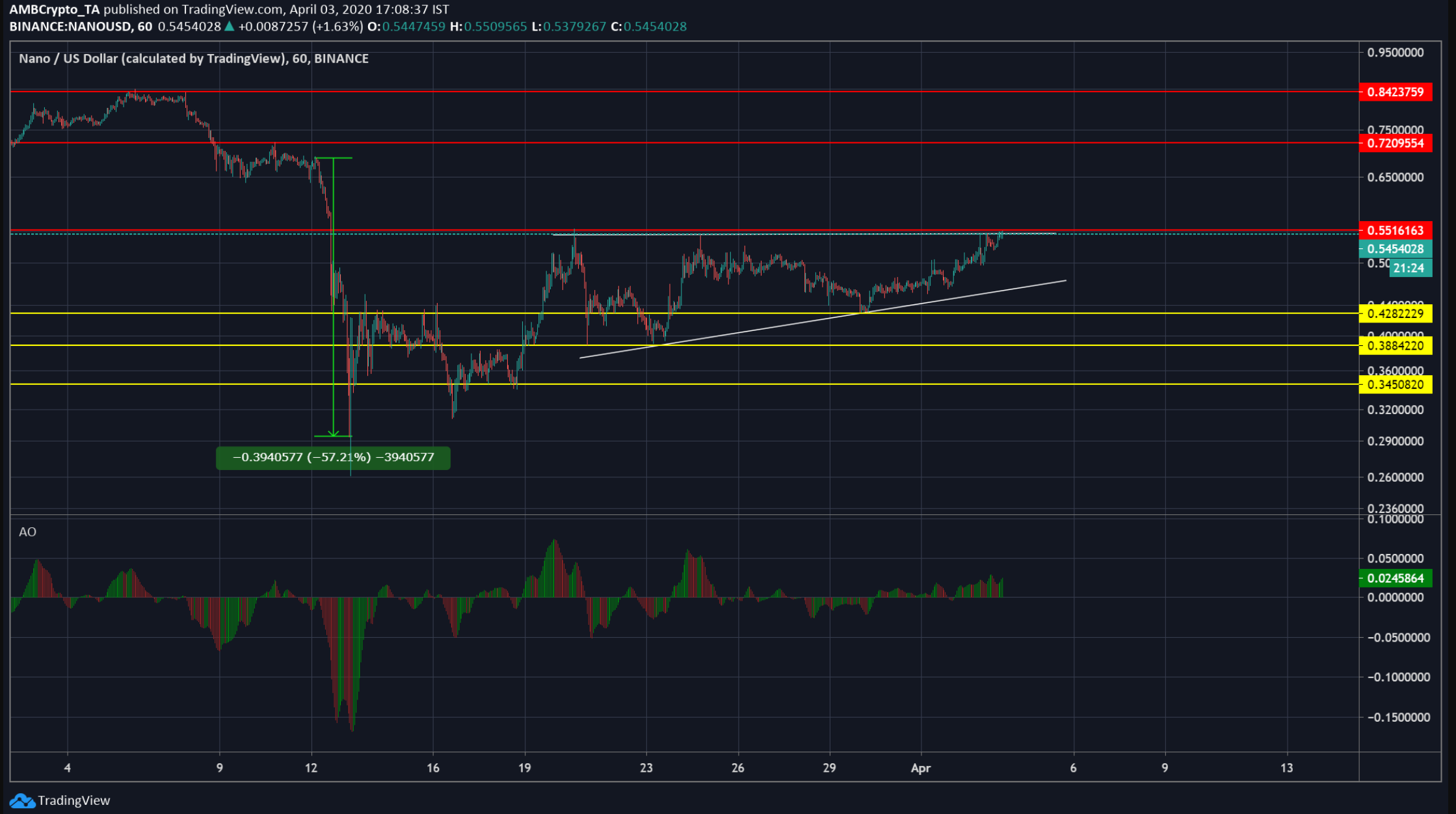 Like Stellar, Nano, after the 57% drop on 12 March, maintained a stable price level for over a week. At the time of writing, the price was maintained its support at $0.42.  The chart for Nano highlighted the formation of an ascending triangle, indicating an upward breakout in the market. The Awesome oscillator indicator also confirmed the upward breakout as it lay above the zero line, at press time. 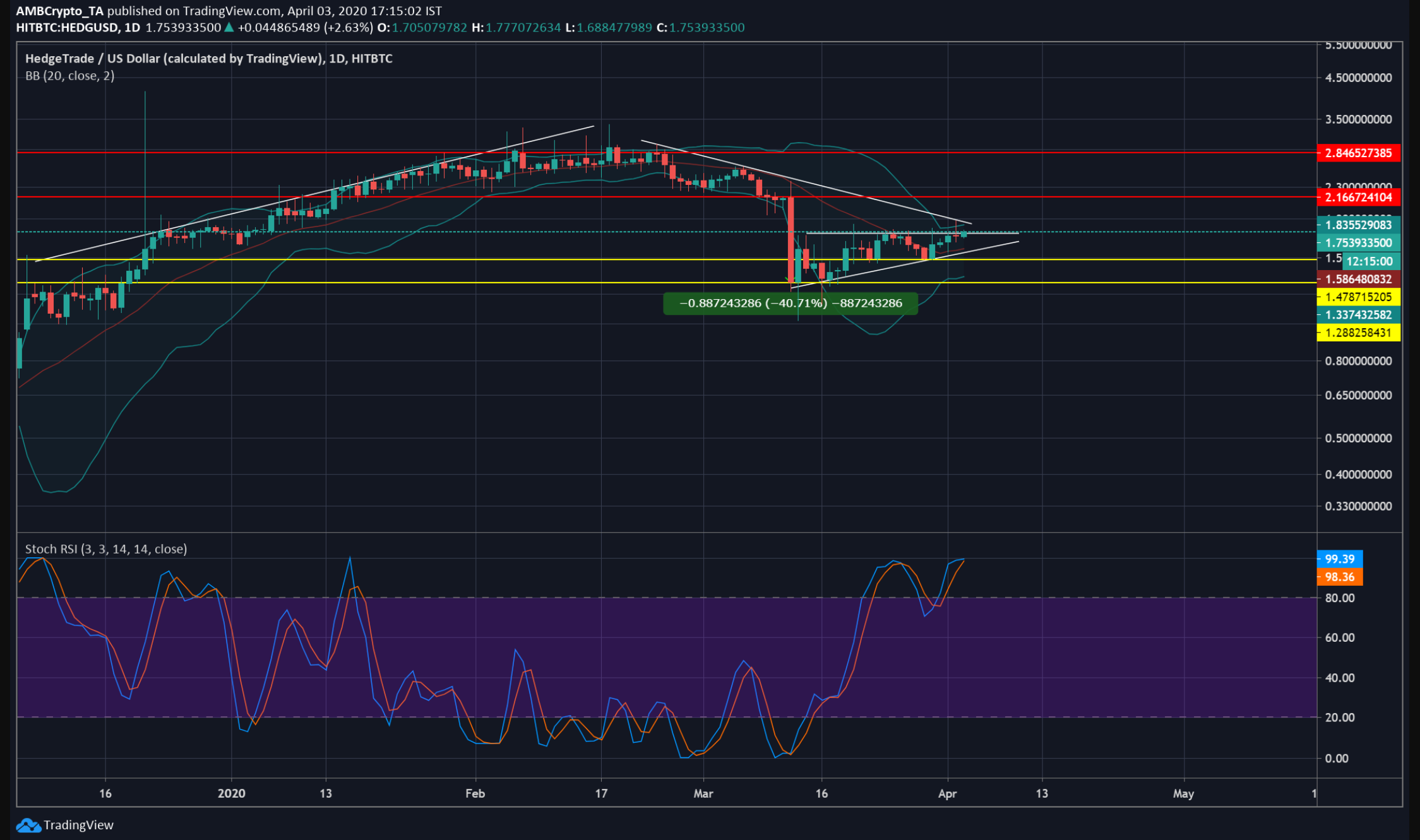 HedgeTrade, with a circulating supply of 288,208,798 HEDG, was ranked 22nd on CoinMarketCap. As seen in the attached chart, the coin had been trending upwards since mid-December 2019, but the market crash on 12 March pushed down the price by 40%.

However, the coin has been trending upwards lately, and there was the formation of a potential ascending triangle, one signaling a further upward breakout. Additionally, the Stochastic RSI indicator was over 80, signaling an ‘overbought’ situation.