Bitso is the largest crypto exchange in Mexico with a customer base of more than 750,000 users and has become one of Ripple‘s key partners in recent months. The two companies began working together last April to open the payment corridor for On-Demand Liquidity (ODL) between Mexico and the United States. The Latin American market offers enormous potential with more than $30 billion in remittances annually.

In a recent update, Bitso’s CEO Daniel Vogel reported a strong growth in transactions with On-Demand Liquidity and the XRP token. According to a tweet, Bitso processed more than 4.3 billion pesos in April 2020, the equivalent of approximately $179 million in XRP remittances. In the previous month, the figure was only about 2.67 billion pesos, or about 111.5 million USD. Via Twitter Vogel wrote:

Bitso has seen an exponential increase in the processing of remittances through Ripple‘s technology, XRP and Bitso. In April, we processed more than 4.3 thousand million pesos [~USD$179M] in remittances. Below a chart with the remittances processed this year. 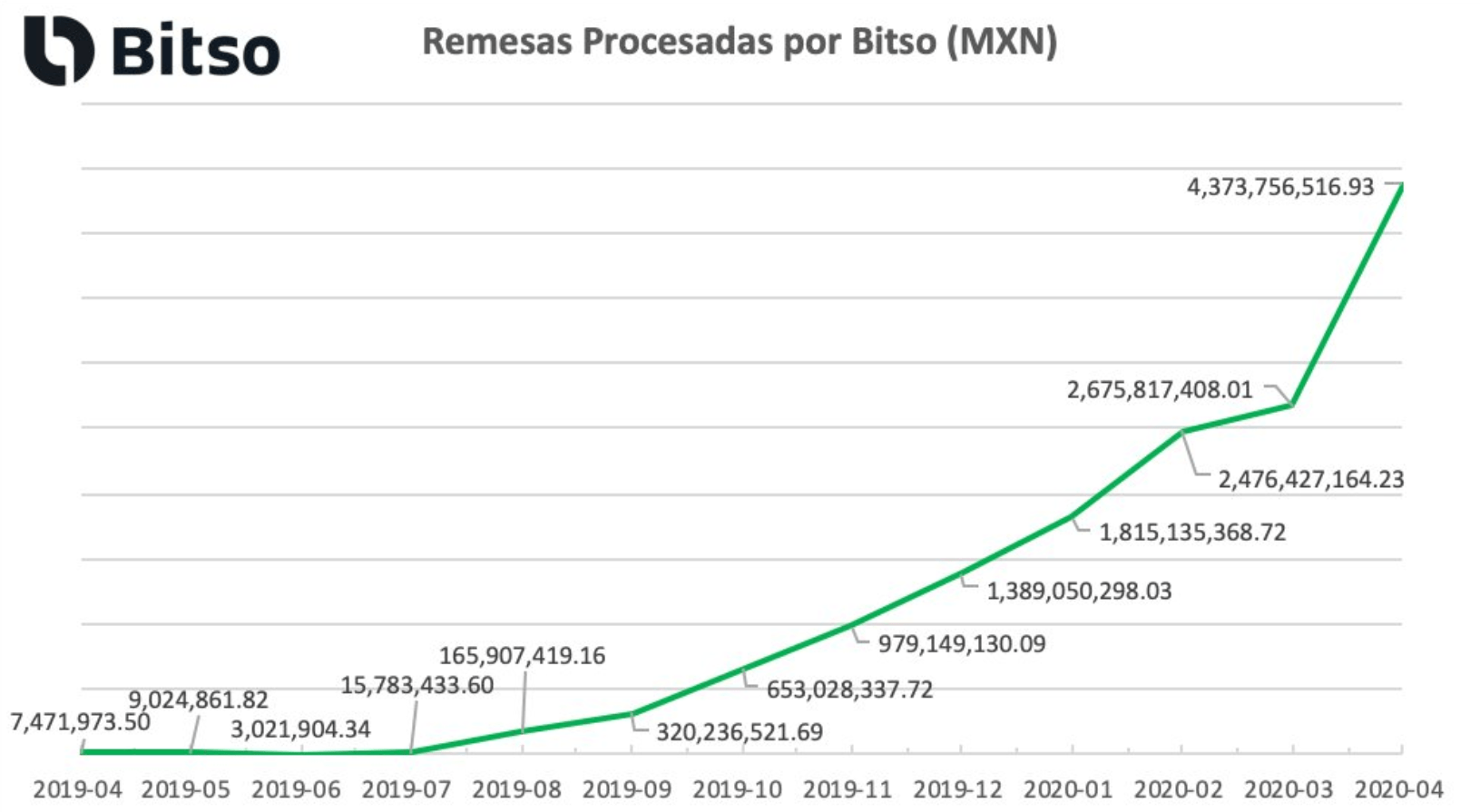 The Liquidity Index Bot on Twitter confirms Vogel’s numbers and shows that an extreme increase in XRP/MXN transaction volume was observed, especially in mid-April. Since the last week of April, however, the volume has declined significantly and is now roughly at the level reached at the end of March.

Ripple and Bitso: The target is 20%

Ripple and Bitso are pursuing an ambitious goal for the payment corridor between the USA and Mexico. Vogel stated in a podcast in February that his company plans to process 20% of all remittances to Mexico using Ripple’s On-Demand Liquidity. Already in February of this year, Vogel announced that Bitso has processed 5.3% of its weekly transaction volume between the two countries in the seventh week of the year. With the new figures, this share is therefore likely to have risen sharply once again.

In an interview in March 2020, Bárbara González Briseño, Bitso’s CFO, said that ODL is particularly beneficial to individuals and families who want to send money to Mexico for rent, food or education for their relatives:

ODL is amazing. The transaction happens instantly, is much more cost-effective and you know exactly when the recipient receives it. Just a few months after starting work with Ripple, we were able to offer a fully functioning solution to our partners. Since July 2019, we’ve seen a major increase in adoption as well as the volume of transfers we’re facilitating.

As reported by CNF, Bitso also launched a new payment corridor between Mexico and Argentina in February to conquer the Latin American market.