Everybody says they’re tired of Zoom video conference calls, but there hasn’t been much to take its place. Now emerging tech PR/event agency EAK Digital and London-based Sine Wave Entertainment have teamed up to create a blockchain technology conference in a virtual world. The BlockDown conference will take place June 18 and June 19 in Breakroom, a social hub you can visit via virtual reality or as a 2D experience on your PC or Mac.

In April, Sine Wave announced it had shifted its Sinespace virtual world tech to create Breakroom — a 3D social hub for remote teams — as a way to counter the divisions forced upon us by the coronavirus. It aims to take video conference meetings to a new level for anyone with VR, PC web, or mobile hardware. 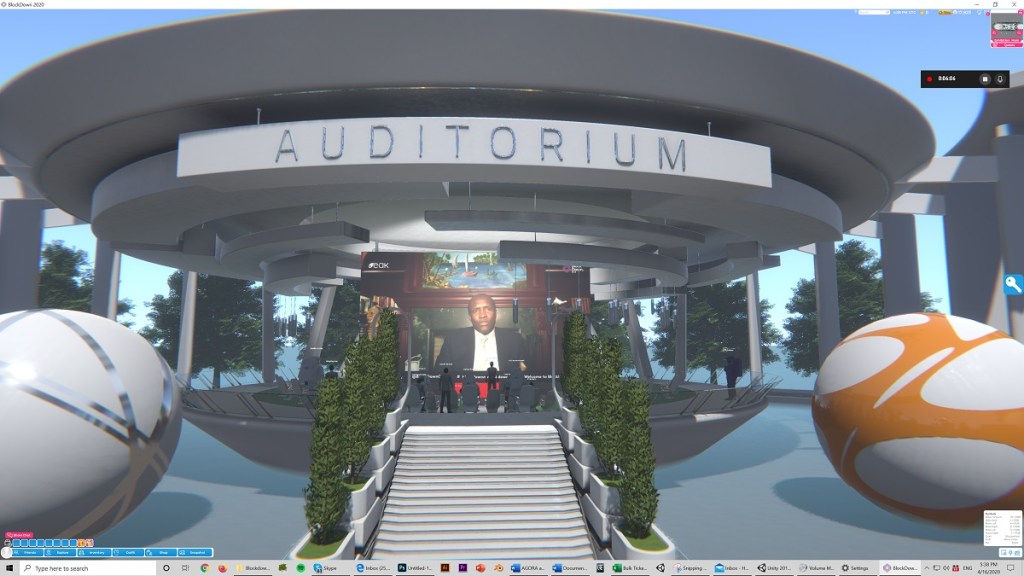 Above: EAK Digital’s event will have a fancy virtual auditorium.

The space is reminiscent of virtual worlds like Second Life, with a glassy, sunlit conference space inspired by postmodern architecture. BlockDown will feature keynote addresses (including one by music superstar and blockchain entrepreneur Akon), roundtable talks, a trade show floor, networking events, and even an after-hours party with a live DJ. All of this will take place in an immersive 3D world where users can select from a bunch of premade avatars (like astronauts) or make their own.

BlockDown is a direct response to the worldwide quarantine, which effectively canceled an April conference EAK Digital had been planning to host in Istanbul. Company CEO Erhan Korhaliller said in an interview that he had worked on the event for five months and wasn’t prepared to let it go. “The current virtual events are like one-way communication, and it’s very difficult for people to interact,” said Korhaliller. “Sinespace is more like a cinema-style 3D world. It really allows people to immerse themselves in the experience.”

Korhaliller considered simply staging the event on a video conferencing system but found the options boring — especially at a time when most people are working at home and yearning for a colorful, engaging alternative to boost their spirits. After EAK Digital partnered with Sine Wave to move the conference to Breakroom, it took a few weeks of furious work to create BlockDown. 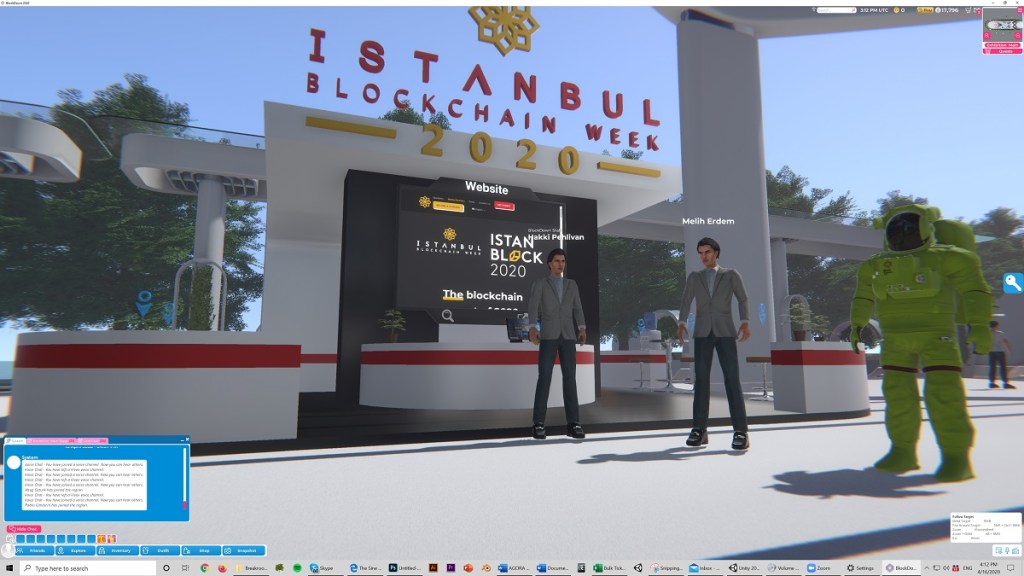 Above: Exhibitors have virtual booths in a virtual event world.

In April, Korhaliller held a pilot conference for BlockDown, attracting 1,000 people from around the world who paid $25 each to hear talks and network online. The pilot event also had 10 paying sponsors, who set up 3D exhibit booths that automatically grab the details of visiting attendees.

More than 600 participants have already signed up for the June BlockDown event, and the company hopes to get about 3,000 people in total. The event will have a free ticket option (along with paid VIP upgrades) and simultaneous translations into Chinese, Turkish, and Spanish.

I saw a demo of the conference space. It has an orientation zone where users can familiarize themselves with the way the exhibition and auditorium spaces work, said Sine Wave project manager Joshua May in an interview. 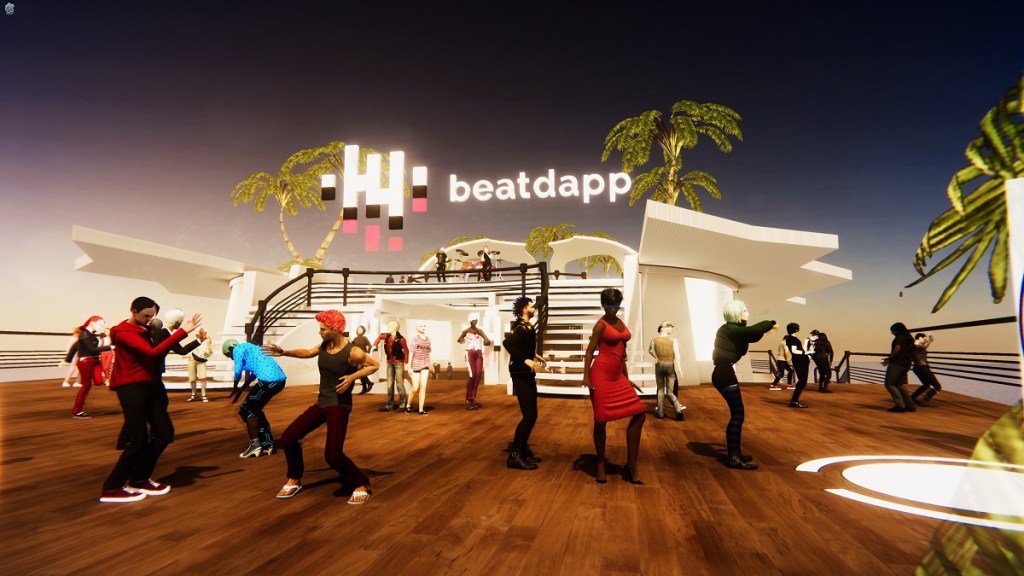 “You can really personalize your character, and you can be whoever you want to be,” Korhaliller said. “You don’t have to worry about always being judged by the way you look or the way that you dress. I think that’s really important, with blockchain, about breaking down borders.”

New features include one-click selfie group photos and LinkedIn exchange — plus a networking party with live music and dancing on the deck of a swanky virtual yacht. The dance floor will have special lighting and effects that will make the experience more lively, May said. And BlockDown can be hosted at a fraction of the cost of fancy real-world events.

Sinespace is published by Sine Wave Entertainment and backed by Sussex Place Ventures and Au Capital. It’s advised by Peter Norris, current chair of Virgin Group. Korhaliller said some business deals came out of the earlier conference, and he is hopeful more will happen.

From the looks of it, this sure seems like an improvement over Zoom.